Time for sounds. But what sounds? Considering the reactions to my last and first post the expectations are rather high. I just considered it a post to friends and family, about me and about Honduras. But now it’s giving me the creeps to start writing a next post. Should I stick to Honduras and my observations? Or should I redirect somewhat towards me? After all, my idea of this blog was not having to repeat in every mail how I am, how the work is going, where I’m living, if I made any friends, etc. So this one’s on me….(at least that was my plan when I started writing) 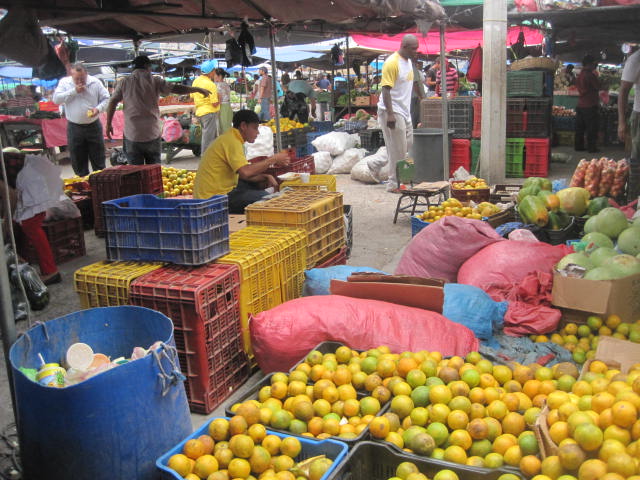 So how’s work? Some days it’s best not to ask.

Another reason why writing on me was not a straightforward choice is that the kind of work I do limits the kind of things I can write. Although my work itself is often rather boring, the organisation’s works is often rather sensitive. In countries where human rights activists are killed or silenced because of the work they do, information, even if it’s about little me, is a useful tool. And PBI being under surveillance is not just paranoia. Therefore we have a barrage of security measures. Encrypted emails, coded nicknames, covering information, cameras, trusted taxis, registering of whatever incident. One almost feels like being in a Second World War resistance movie.

Nevertheless my work is rather dull. I knew when I applied I would be mostly sitting behind a desk, focusing on all that was lacking content. Legal shit. Visa shit. Administration. Before I applied I presumed that working with PBI again, working in Honduras, would provide me enough content. Mistake. If you know me, you know content is a basic human need of mine.

Maybe I feel like I lack content because I find it harder than I thought I would to be standing on the side lines. To have the whole team in full gear to produce an Alert because yet another trans woman of the LGBT organization we accompany was murdered, and me applying for visas for the team members. It pisses me off to lack the contact with the people we accompany and the wider social movements in Honduras. I miss traveling to places where these people live and struggle. And I am frustrated I am so busy with my secretary mission I cannot even find the time to soak up some content from the sidelines.  So how’s work? Some days it’s best not to ask.

A death foretold: The murder of Berta Cáceres

Yet, it’s always good to put yourself in perspective every so often and events like the murders, threats, surveillance and repression of the people we accompany and activists in general do just that. I am a little cog in the wheel that makes PBI work, which together with the activists sometimes manages to put a little spoke in the wheels of whomever makes this mad world turn the way it does, wrong.

And wrong wrong wrong it goes. My intention was to write about me, work, the house, the drinks, the friends. But reality catches up with relevance. Last Wednesday Berta Cáceres was murdered. An indigenous Lenca woman fighting a mega-dam project in her region. She and her companions managed to send the World Bank and Chinese packing. Holland, Finland, Germany and others are still happily investing in the DESA dam project.

Clean energy is often not so clean. Energy goes to big industries like mining. The, often indigenous people, lose access to their water, are forced off their land, are threatened, internally divided and killed. What they don’t get is electricity.

Anyway, Berta Cáceres was killed. And the message was clear. We kill Berta, we can kill whomever fucks with us. Berta was very known, nationally and internationally. Most often that makes killers think twice. But apparently the power they have, or feel they have, and the level of impunity to commit whatever crime, is so high they feel untouchable. Activists all over Central America are filled with rage, but also scared. I wonder how this murder will affect activism here. Will the rage and indignation win from the fear? Will activists, certainly those whose death would go unnoticed, still dare to go as far as they did? Is this a return to the ’80s where high profile activists were killed to paralyze the rest?

The nobodies on the death lists

I understand why this murder is sending shock-waves through human-rights-landia. Still since I got here so many have known the same fate. They deserve the same rage and indignation. The 21st of February five indigenous Tolupanes were killed. The reason was apparently conflicts over land, in a region rife with clandestine mine and logging companies. About these killings no English article can be found. Here is one of their struggle.

On the 29th of January the house and all the belongings were burned of a Lenca family involved in the struggle against dams on their land. That same woman was severely beaten by military police a few months earlier. The family is part of the indigenous Lenca organization MILPAH, fighting for access to land and the resources on their land. A recipe for murders, threats, surveillance and repression. They are accompanied by the organization Ceprodec and Ceprodec is accompanied by PBI. Some background literature on their struggle.

Another organization accompanied by PBI that suffered hard losses recently is Acroiris, an LGBT organization. On January 24th Paola Barraza was killed. She can be added to a sad long list of more than 200 murders of members of the LGBT community since 2009, the year of the coup d’etat. Three of every five hate crimes in Central America take place in Honduras.

Hate gets them killed, but it also defines their possibilities in life. Certainly for transsexuals there is no opportunity on the regular job market. Even in Europe you don’t often see a trans serving you in the supermarket. Honduras is no different. Sex work is often the only way to raise an income to survive. But surviving as a trans prostitute on the Honduran streets at night is hard. Of the 200 cases, only 33 have been prosecuted. It gives a green light to eliminate.

Wrong turning. If possible turn around.

It is indeed a mad sick world turning wrong wrong wrong. Although on the sidelines I am satisfied with putting my energy in an organization that puts energy in denouncing the deaths like those of Paola. And it takes blood, tears and energy to produce and distribute an Alert like this. Even more so I am inspired by the many activists here who, facing murders threats and conflicts, still keep on resisting.

But this mad sick world is the reality of all us that live on it. When violence and poverty surround you it is harder to ignore, because it is so much BANG in your face. In our so called developed world, the center of so called peace and prosperity, it is so easy to lose touch with that reality, to believe it has nothing to do with us and that fighting for change is futile. This includes me. But does that acquiescence not make us responsible too for this world’s mad sick turning?

And for those preferring a non-moralistic ending….Increasingly making a bunch of nice friends in Tegus. Having fun. Living in a beautiful house in a beautiful neighbourhood with beautiful people. At this moment I am enjoying my first holidays. Crossing the border to Guatemala today. After all this is still where my heart is, and many good friends. 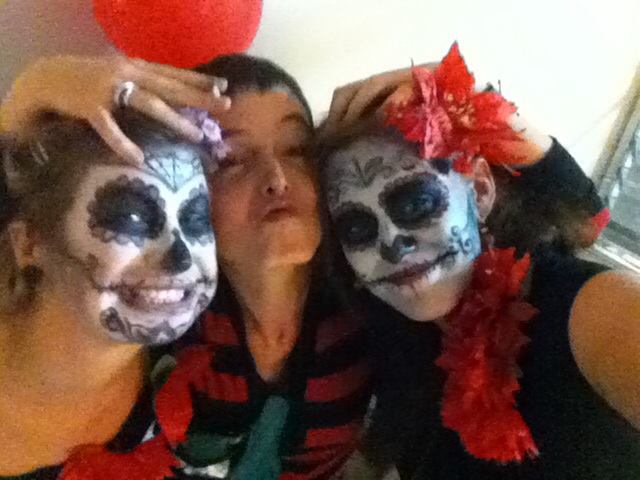